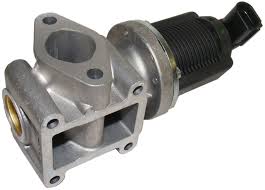 With an unregulated opened EGR valve, exhaust gases pass into the combustion chamber without regulations and this affects the combustion process which reduces the efficiency of the engine.

A persistently closed EGR valve leads to the overheating of the combustion chamber. This causes the ignition of the fuel before combustion; a phenomenon popularly known as knocking. Knocking can damage an engine and continually diminishes the durability of the engine.

To clean the EGR valve, you will need to locate and unhook the valve from the engine. The position of the valve varies with the model of the car. With the help of your vehicle manual, you should be able to locate the valve.

After locating the EGR valve, you will need to unhook the valve through the process outlined below:

Remove the mounting bolts of the valve using a ratchet and socket.

Detach the pipe connected to the EGR valve from the exhaust system using a wrench.

Check for any accessory connected to the device and disconnect as well.

Before you commence cleaning the EGR valve, take appropriate safety precautions such as chemical resistant gloves and safety glasses.

You can clean an EGR valve by using a screwdriver to remove the chunks of carbon clogging up the valve and wiping the accessible parts of the valve with a rag. This is a much easier and quietly effective step.

However, you can use an EGR cleaner ( liquid) to clean the valve. However, ensure the cleaning solution doesn’t get in contact with any electrical component of the EGR valve. This can damage the valve.

After cleaning the valve, refit it to the engine. Refit the pipe from the exhaust system and the vacuum hose to the valve. Refit any wiring harness removed initially.

Verify the effects of the cleaning process by turning on the ignition. The absence of the peculiar ‘knocking’ phenomenon and the reluctance of the engine during warming which is typical of a clogged up EGR valve is evidence of an effective EGR cleaning process.

In conclusion, the exhaust recirculation gas valve might seem small compared to several other components of the car but its function cannot be overemphasized. If you need a replacement you find used car parts here.